At the moment I’m in Playa Samara. I just arrived last night. I really, really like it here. So far I’ve already met two people in my hostel that work online; one who is a programmer and the other one designs websites. I feel so relieved to meet people like me – people who are working online, location independent and are traveling around the world.

I’ve been accepted into a Spanish, yoga and photography course starting on Saturday. It’s fairly expensive – runs at around $700USD per week, which is crazy as it is just the course and board in a shared room. So far I’ve decided I’ll do three weeks worth and see how I feel. If I really like it, I’ve mentally given myself permission to stay on for eight weeks maximum. I’m really looking forward to having a place for at least three weeks, unpacking my bags and making a bit of a routine.

I’ve decided to spend the next three months really working on my business. I’m happy with how things are, but I also think I need to see if I can take things to the next level.

November was a fantastic month considering I didn’t really work at all. It will be my last ‘passive income month’ for the next three months. Let’s see if I can make a change to my monthly income.

By the way, when I was in the Amazon, I caught a piranha. I ate it later too. I feel like this is worth mentioning because it was pretty awesome. 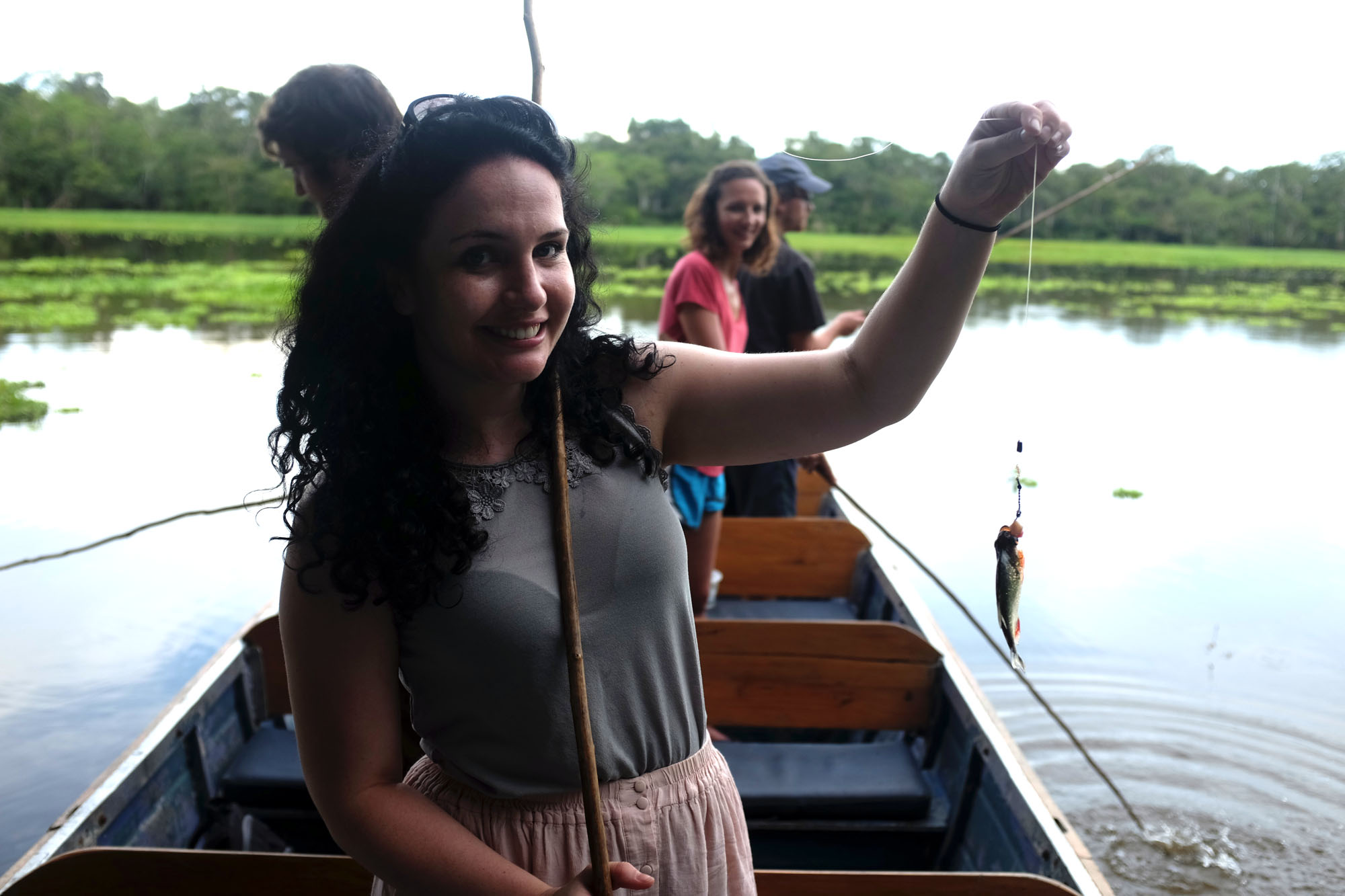 I’m happy with that! It’s a really solid amount of cash, especially if you consider how many hours I worked (pretty close to zero). However, I’m a little bit tired of reaching the $20k mark and then falling a few thousand below again the following month(s). In order to see change, I need to change what I’m doing.

One thing that’s really hard about my industry is that it’s fairly inconsistent. I haven’t been working long enough to know the monthly variations. In November I made around $2,500 less than the previous month. Was it just because November is simply a quieter month. Did my VA not hustle enough? My goal is to get to $30,000 a month – a number that used to be my annual salary. I’ve been talking about this for six months and I’ve made no real progress towards this goal. Why? Because it feels like too much of a leap.

So I’m breaking it down.

If I increase my income by 10% each month I should be able to reach $30,000 within six months – so by the month of June. This is also when I plan to be visiting New Zealand for a month so it’s a nice goal.

How did you do in the month of November? Do you have any goals for the end of the year? Share in the comments below.