Is the suspense killing you? Can you not take it any longer? Well, its time to put you out of your misery. Drum roll please because the answer is yes. It’s a bit of an anticlimax, right? The majority of people expect a nuanced and complicated debate with zero revelations. Sorry to disappoint but the news is in and its positive.

There will be people who are disappointed by this nugget of information. Not just because its a boring answer, but because patience isnt synonymous with modern society. Everyone wants services as quickly as possible, from fast food to instant messaging. So, being patient in the workplace may not seem likely.

But, if you want to earn enough moolah to make Bill Gates weep, its an essential personality trait. Not to be suspenseful or anything, but carry on reading and youll find out why.

Honestly, it isnt a disappointment this time!

There is nothing worse than watching colleagues who arent as skilled get promoted. It isnt uncommon to fantasise about a gruesome and grisly way to make them pay. Too far? Okay then, but its a fact that a promotion for a co-worker makes people angry. When the anger pangs strike, its easy to lose your mind and your focus. Rather than concentrating on working harder to climb the ladder, you start to sulk. Of course, employers dont want employers who dont have the right mentality. As a rule, babies dont make for excellent management material. So, the higher-ups strike your name from the list and never consider you for a role again. Patience allows you to maintain your current standard and catch their eye.

It isnt pre-civil rights America, so you cant go around setting things on fire. In fact, arson is illegal, so you cant set anything alight without a good excuse. Oh, the saying isnt literal? Sorry, my bad! The thing about anger is that it clouds your mind. Instead of letting the feeling sink and dissipate, people give in to the temptation and lash out. As soon as you see the office door open, it makes sense to go and give the boss a piece of your mind. Lets face it its cathartic if nothing else. Sadly, its also on the first page of the handbook entitled things not to say to your boss. He or she may not be able to fire you, but they wont help your career. In the end, a new job may be necessary, which means starting from square one.

And were not talking about the fully certified sign you would see outside of a massage therapists parlour. Yes, theyre good with their hands, but you dont know where theyve been! Consider the best and most reputable career choices for a moment. Have you got one in mind? Well, the odds are high it takes years of studying to become fully licensed and qualified. From a nurse to a doctor, its at least five to seven years. Even the jobs you havent heard of before take a lifetime. How long does it take to become an esthetician? The answer is four years, and theyre just glorified dermatologists. The fact is most positions require a degree in 2017. Seen as university courses are three years minimum, you need enough patience to study.

The next time you hear someone explain the art of being successful, listen for the ladder analogy. According to the likes of Buffet, it takes patience because you have to start at the bottom and work your way up. Think of it as the reverse of what Swayze and Moore did in Ghost. The pottery, not the bit afterward. And, because Warren is a God amongst men, it must be true. Whether you begin in the mail room and make partner, success isnt going to happen overnight. Sure, the job may not be the very bottom rung of the ladder, but it aint the top of the tree either. The way the world of business works is through due paying. Anyone who hasnt struggled or contemplated setting off the fire alarm for a quick break isnt ready. In the words of every character in The Wire, the game is the game. 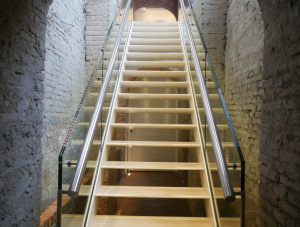 Timing
Now, contrary to the rest of the post, timing is, in fact, a major player in a persons career. As the bottom rung theory indicates, an employee (you) has to work his or her way to a position of power. However, just paying your dues, no matter how costly, isnt enough. Not to belittle you or anything, but there has to be an element of luck. Yep, the way a butterfly flaps its wings could determine success and failure. But, before you fall into depression, know that you can spot the time to attack. It may be a co-worker leaves a role for a better position at a rival firm. It may be a position opens up thanks to the miracle of childbirth. Whatever happens, you must strike while the iron is hot. But, without patience, the opening wont rear its beautiful head, much like the newborn child of your pregnant colleague.
Exuberance Of Youth

There is a scenario in which you start at the bottom with a fantastic attitude and dont get the gig. What a jip, most of you will cry as you proceed to adopt a crappy attitude and burn Golden Gate-sized bridges. Yes, the idea of working for an employee who isnt going to reward you is irksome. However, its vital not to see it as a waste. Young people have lots of time to make the grade and carve out their own lane. Okay, so you had your heart set on dethroning Evan Spiegel as the worlds youngest billionaire. Still, its no shame to make a cool billion later on in life. Well, it depends on the idea you sneaky devil, but you get the gist. Thanks to your age, theres plenty of time for world domination. Plus, you learn the tricks of the trade along the way.

Is the answer an anticlimax now? Probably, but it shouldnt take away from the importance of patience in the workplace.