My Thoughts on Being Lucky And Life Updates

Many of you found my ‘perks of being a travel blogger’ post interesting. To clarify, I’m not at the level where brands approach me yet. My blog is still quite small, but it does alright. I’ll send out some pitching letters and then hope for the best. Today I got the confirmation that the Four Seasons in Singapore wants to host me for a night and wants to offer a complimentary massage, dinner and cocktails.

I told one of my friends about this, excitingly, and she replied “Oh wow, you’re so lucky”

While I understand her intentions, I hate being told I’m “lucky” as it seems to discredit the fact that getting to where I am took a LOT of work.

For me, luck is something that happens to you with very little effort.

Two years and a half years of blogging, at least of a year of which was not profitable in ANY way, is not ‘luck’ – it’s hard work, plain and simple.

Even with the opportunity to collaborate with Four Seasons – it is not luck, I approached them with a well-thought out email and hoped for the best and it worked out well.

I do believe I am lucky to some extent – I am lucky that even though I grew up poor, I grew up in a country that provided ample opportunities for me to carve out my own path. I am lucky that I was born into a generation where travel is relatively affordable and easily available. 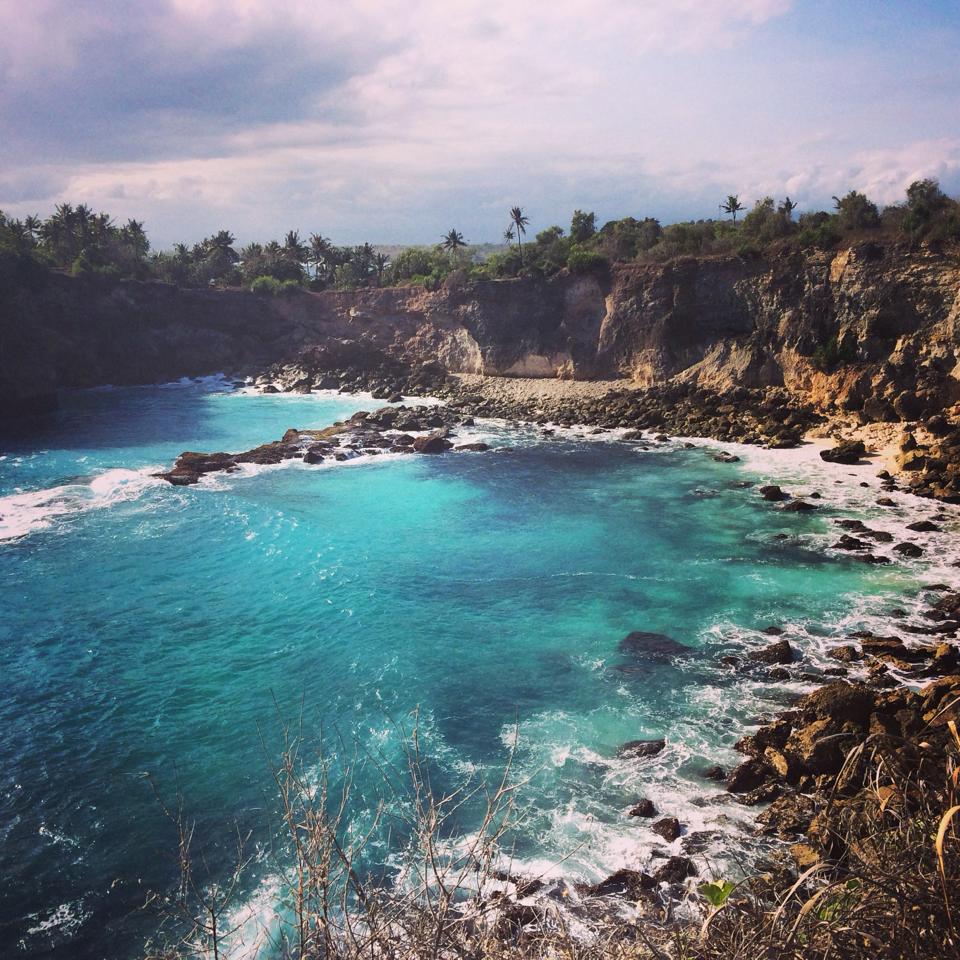 I’m currently on a small island in Indonesia called Nusa Lembongan. It’s quite beautiful here, although the Internet is very slow so it’s driving me a little crazy. Something that might take me an hour to complete is taking closer to three.

I was supposed to be in paradise; in one of my favourite places in the world called the Gilli Islands. Very sadly, a boat sunk the other day in Indonesia and 15/25 of the passengers and crew are still missing. Boats were cancelled for two days and I decided to stay on this island to get caught up with tax filing and work. Of course my disappointment pales in comparison to the sinking of a boat, but it is still hard when things don’t go to plan.

We did a little day trip to Nusa Ceningan and saw the most beautiful blue lagoon! I didn’t even know it existed before I visited, but was completely blown away.

On the 21st I’ll be returning to Bali for a week before heading to Singapore. I have managed to get all my accommodation comped there (around $1,200 value) as well as those little add-ons with the Four Seasons in Singapore. I am actually really looking forward to Singapore – it’s one of my favourite cities in the world. After Singapore we’re off to Thailand for a few weeks and then Europe.

I would say the last week or so has been heavily focused on work rather than being on holiday, but that’s Ok. I have some new projects to launch and I want to keep up the momentum of this month.

How are things going for you wherever you are in the world? Let me know in the comments below.

Also, I’d love to hear your thoughts on luck/being lucky.